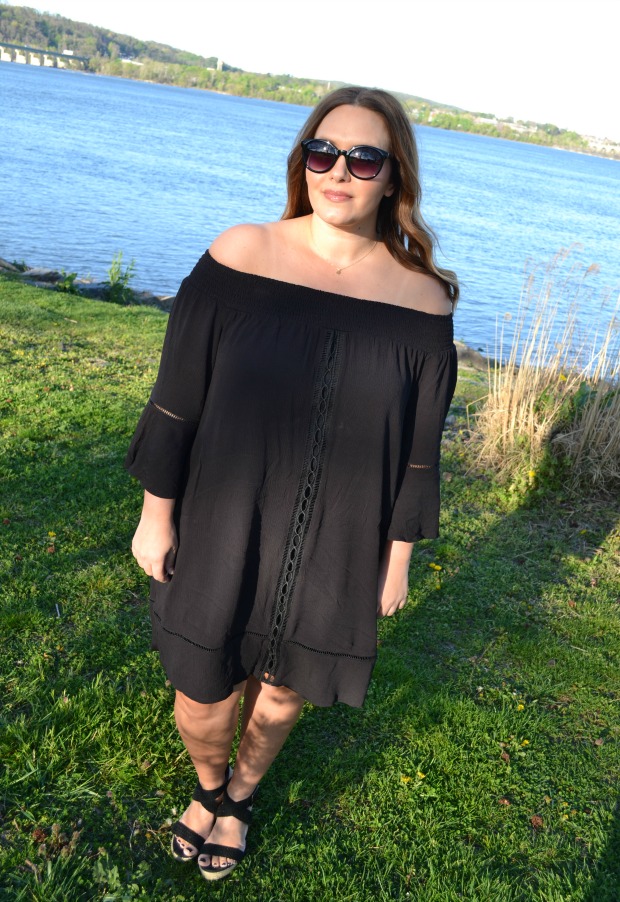 This dress caught my eye a few weeks ago when I was out and about with Charlotte. Not having the time to try it on I just tossed a large into my cart and went on my way. Fast forward a few weeks later, I try it on before I am ready to head out to dinner with Ryan for our anniversary (yay for being married 11 years!!!) and it’s just a tad too big! I felt like it was do-able but I 100% could have sized down, so my recommendation is to possibly size down- try it on in store if you can before you buy!

But I will say, the style of this dress makes for a super cute, flowy look. It is quite comfortable and it can also be worn on the shoulders which is nice, especially if you don’t want to deal with a strapless bra!

For a more casual look this would look cute with a flat pair of sandals and a panama hat-a look I know I will be sporting at some point in the near future! 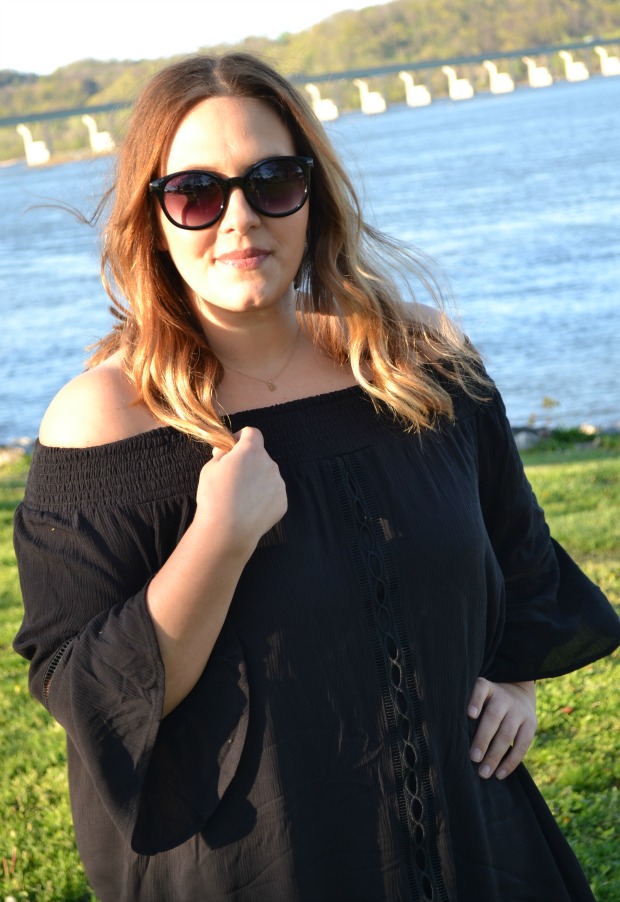 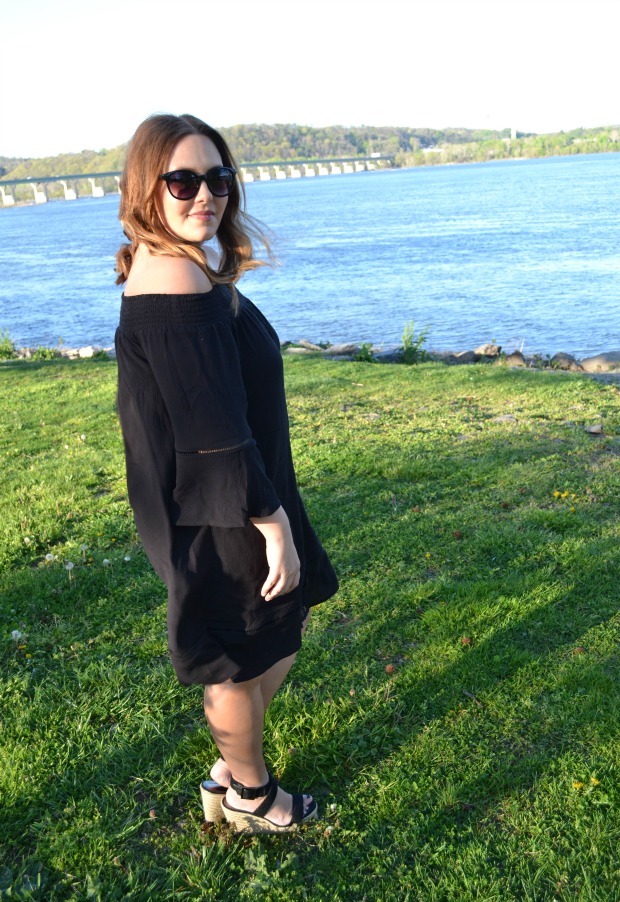 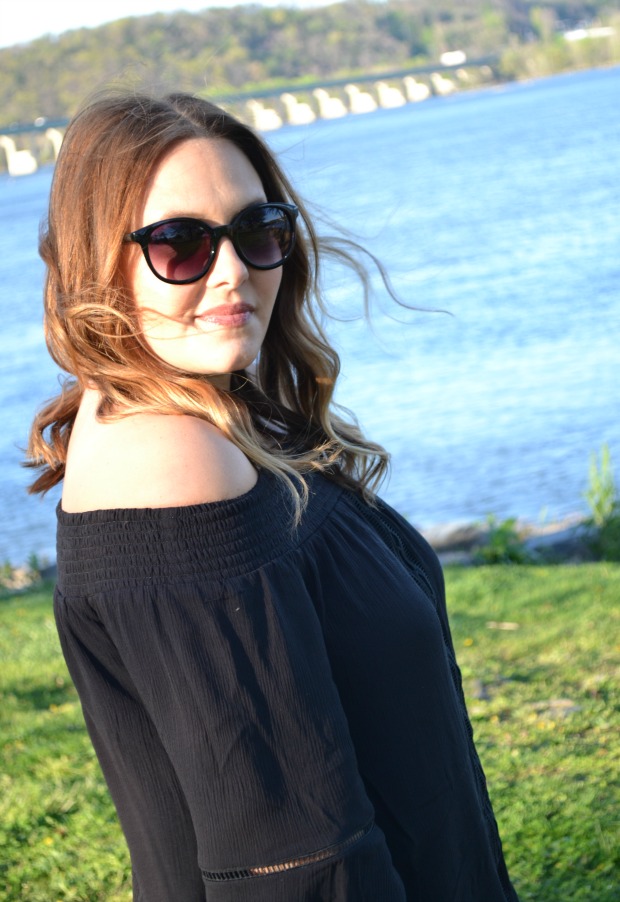 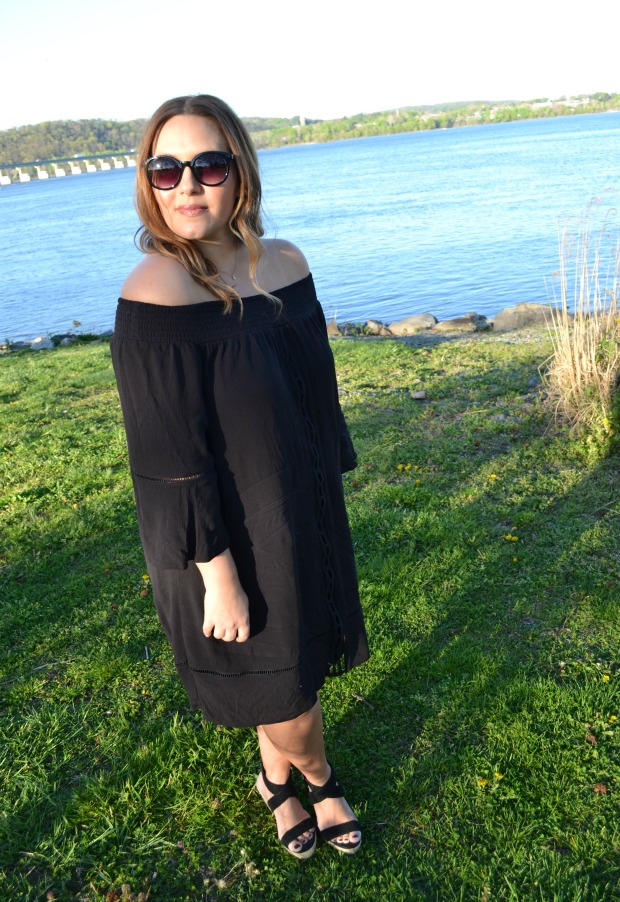 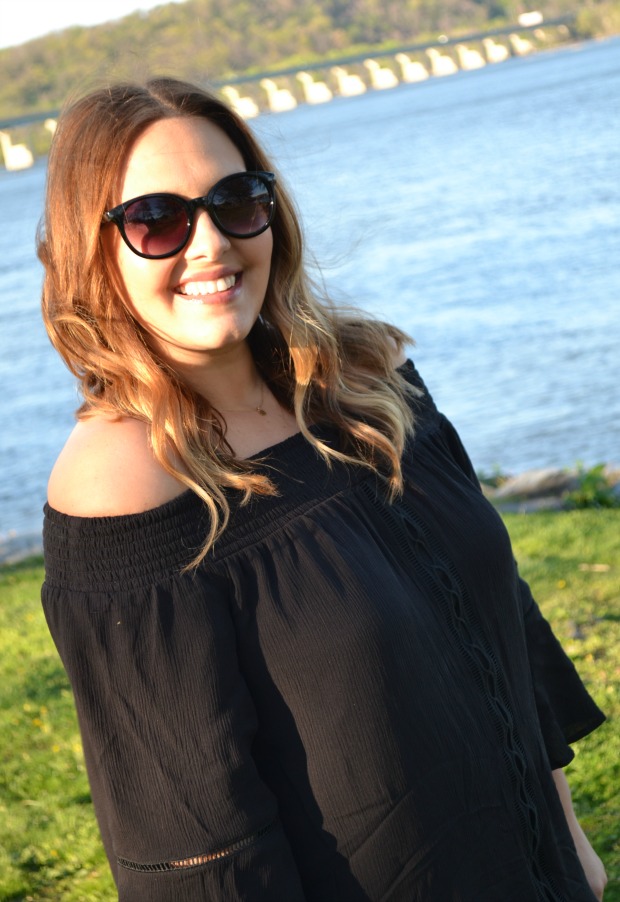