When it comes to makeup, I wouldn’t say I am insanely loyal. (This is coming from the girl who used Bare Minerals for 10 years!) I like to try new things-mainly drugstore brands-only because they aren’t overly expensive. I would hate to spend a lot of money on something and not like the shade, how it applies, how it wear, etc.

Every once in a while though, I stumble on something and that is it. I am sold, there is nothing else that can compare and nothing else that could ever replace it. This is where the best eye shadow that ever existed come in the picture.

I can’t tell you when I purchased it, but I know it’s been well over a year. I was at my grocery store picking up some things when I saw the e.l.f. selection. I thought I would check it out, because you can never go wrong with spending a couple of bucks on a new brush or blush.

I had been on the lookout for a new, everyday brown eyeshadow to wear. Ever since I watched the Ghost Whisperer (yes, that long ago, and yes, that was my Friday night ritual), I became obsessed with Jennifer Love Hewitts eye shadow, and was determined to find something similar to it! Lo and behold though, I found a pretty color, it was $3, and I thought ‘eh I’ll give it a try for $3.’

OMG. It.is.amazing. Not only is it my go-to, every day eyeshadow, it wears so well. It applies easily, doesn’t crease, and lasts all day long. There have been numerous times where I haven’t washed my face before bed, and I woke up the next morning with it still looking pretty damn good! 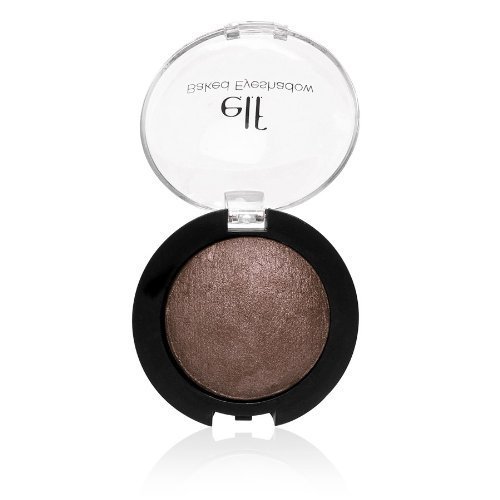 It’s funny, because over the last 6 months or so I have gotten more and more compliments than ever. When I was in LA a few weeks ago, I attended a conference where Louise Roe was a speaker. I stepped out in the lobby to make a phone call, and I saw her walking past me. I don’t know what got into me but I yelled “LOUISE!!!!” She stopped, and as she was walking over I thought “shit what do I say now?!?!” We chatted for a few seconds then she said “I love your eye shadow!” I proceeded to fill her in on what it was and that it was only $3. $3!!!

The rest of my time there I am pretty certain my friends Sage and Robyn were tired of hearing me talk about my eye shadow because so many people complimented it. Krizia Vega asked what it was during the photo shoot, the makeup artist Rory commented on it, and a few others. I am not even kidding- who knew when I bought this eye shadow at my grocery store that it would end up being so amazing! Just the other day (not long after I got back from LA) I was chatting with my friend (I’m talking about you, Natalie!) and I could tell she was starting to zone off staring at my eye shadow- I stopped mid sentence and was like “it’s e.l.f. and it’s only $3!” Hahaha! 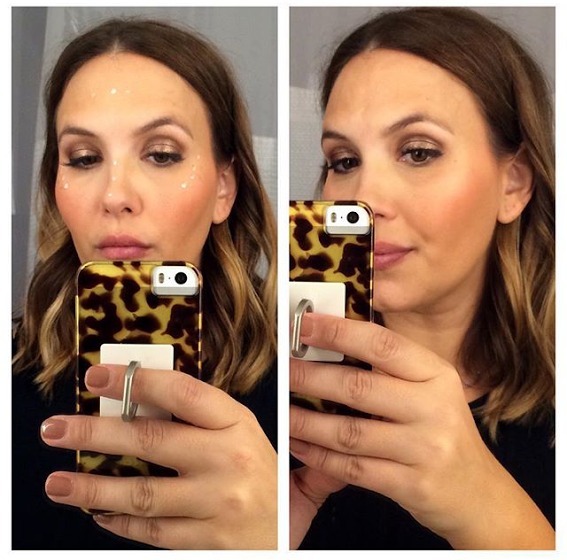 I snapped this selfie several months ago (mainly to show the highlighter that I use) but it just shows how pigmented this eye shadow is!! I am telling you- it is a must!

I can’t say enough good things about it! Go get yourself some…I promise you won’t regret it-how could you when it’s so inexpensive!