I realized over the weekend that it has been a while since I have done a round up on here of my beauty favorites! I do them on Snapchat pretty regularly as I purchase and try new things so if you aren’t following me on there, you might want to give me an add (mommyinheels). The thing with Snapchat is they are typically pretty quick, so I thought I give you guys a little bit more if an in depth review on my most recent favorites! What’s great is most of them are drugstore finds, so they are really wallet friendly. 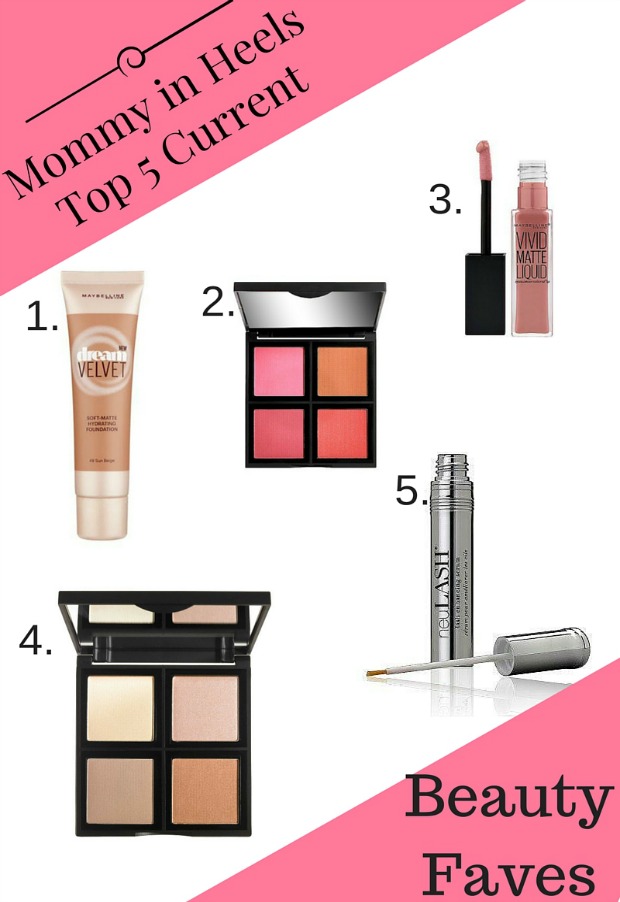 I have been using it Cosmetics Illuminating CC Cream for the last several months. I did like it and felt that it gave me pretty good coverage. Sometimes I felt like it left my face maybe a little too shiny, but that very well could have been the illumination factor of it. What prompted me to give something else a try was the price. In comparison to other makeup store brands it isn’t terrible, but, I just wanted to find something that was a little more wallet friendly.

I can honestly say I have never really purchased drugstore foundation before, typically because I don’t trust myself to find the right shade-I usually leave that to the professionals! Over the last couple of decades of wearing makeup though, I feel as though I have come to develop a pretty good sense of what shades work for me (usually the natural/medium beige type shades)-I just had to take the leap of putting that knowledge to use by myself. Yikes!

At the grocery store (yep, the grocery store) I settled on Maybelline Dream Velvet because of the matte finish. With the shine that it CC cream had been giving me I knew I wanted something with that finish.

I am hooked, you guys. I absolutely love it. I was concerned at first because I felt like it almost had a gray tint to it when I was applying, but once it’s settled in, it looks great. It wears really well throughout the day, looks great with the other products I use (for highlighting/contouring, blush, etc) and you can’t really beat the price ($10!!!!). I think I found my new favorite foundation.

I had been eyeing Tarte’s Amazonian Clay blush for a while, but just didn’t want to invest in the price. Sure enough, leave it to e.l.f. to pull through! I found this palette and figured I would give it a shot-I love it! I personally like to mix the colors, and just be warned, a little bit goes a long way, so no need to load up on the brush. I feel like it lasts well throughout the day, too! Plus, it’s only $6!

I’ve been loving the matte lip color trend and am constantly searching for a great color to add to my collection. (I say collection but I always end up wearing the same one or two colors!). I loved this nude shade. It applies smoothly, and is buildable. It lasts a long time, too. The only thing I didn’t like about it was that I felt like after wearing it a while it gets in the nooks and crannies of my lips. Overall though, I love it!

I’ve quickly become a sucker for highlighting! While I am a huge fan of Benefit’s High Beam, and still use it just about every day, I have started to add this e.l.f. palette into my makeup routine as well, in addition to the High Beam, just for some added shimmer! Like the blush palette, I feel like it wears well into the day. And it’s only $6!

I had lash extensions for a little over a year and was in love with them (local gals-Lashed Out By Summer in Shrewsbury!). But, with some extra expenses with Ella’s therapy, and just needing to budget better in general, I got them removed at the beginning of May. Let me tell you-it is SO weird to go from amazing, flawless lashes everyday to your real ones. I have always had decent lashes, but after I had my extensions removed never have they ever looked so short and stubby!

I wanted the look of my extensions without paying the price for them. (I was paying about $70 every 3-4 weeks). I had heard about neuLASH and also Latisse. I eventually settled on neuLASH-honestly no particular reason, I just figured I would give it a try.

The overall verdict? LOVE. I started using it at the beginning of May, not long after I had my extensions removed. Here are the results for just 2 months: 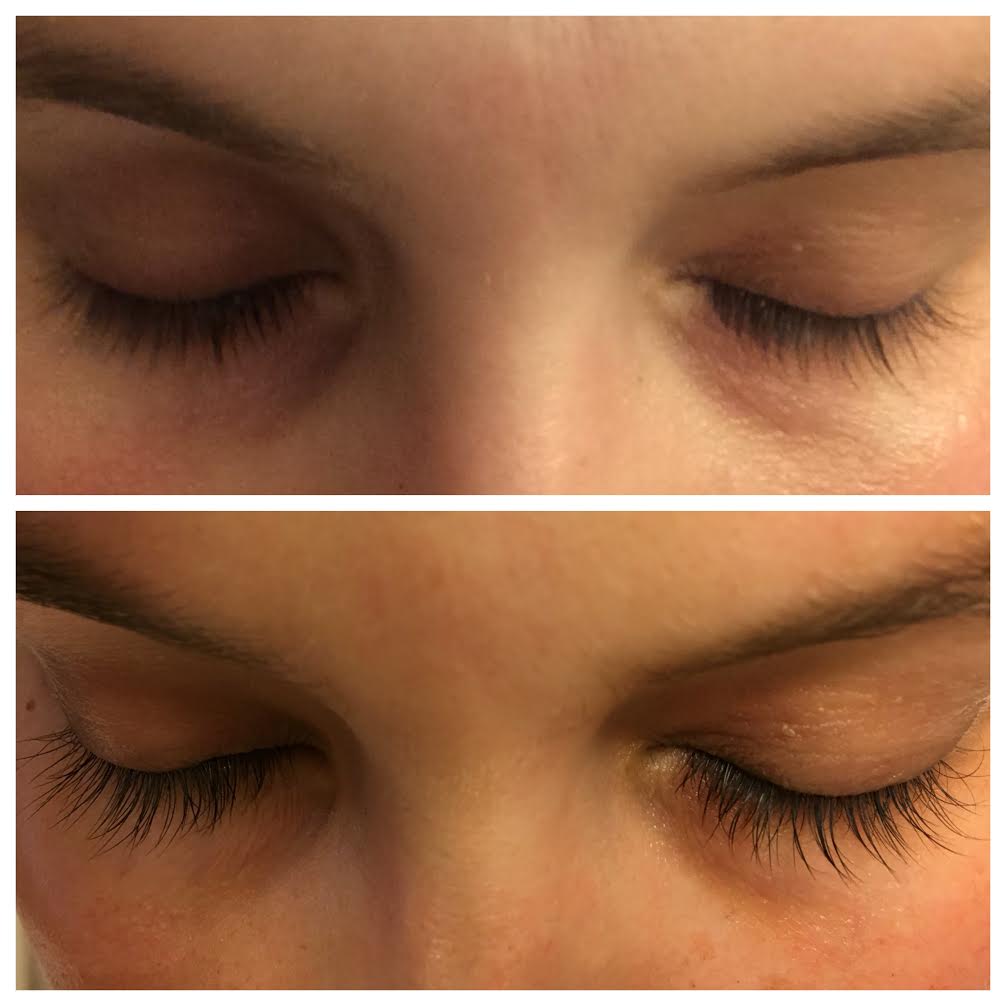 neuLash, used with my favorite mascara (CoverGirl LashBlast-the orange tube) literally makes my lashes look like they are extensions. I absolutely love it and most definitely recommend it!! Now through August 8th Nordstrom is having their anniversary sale. You can get two neuLASH’s for $150 (it’s a $245 value). I really can’t recommend it enough! 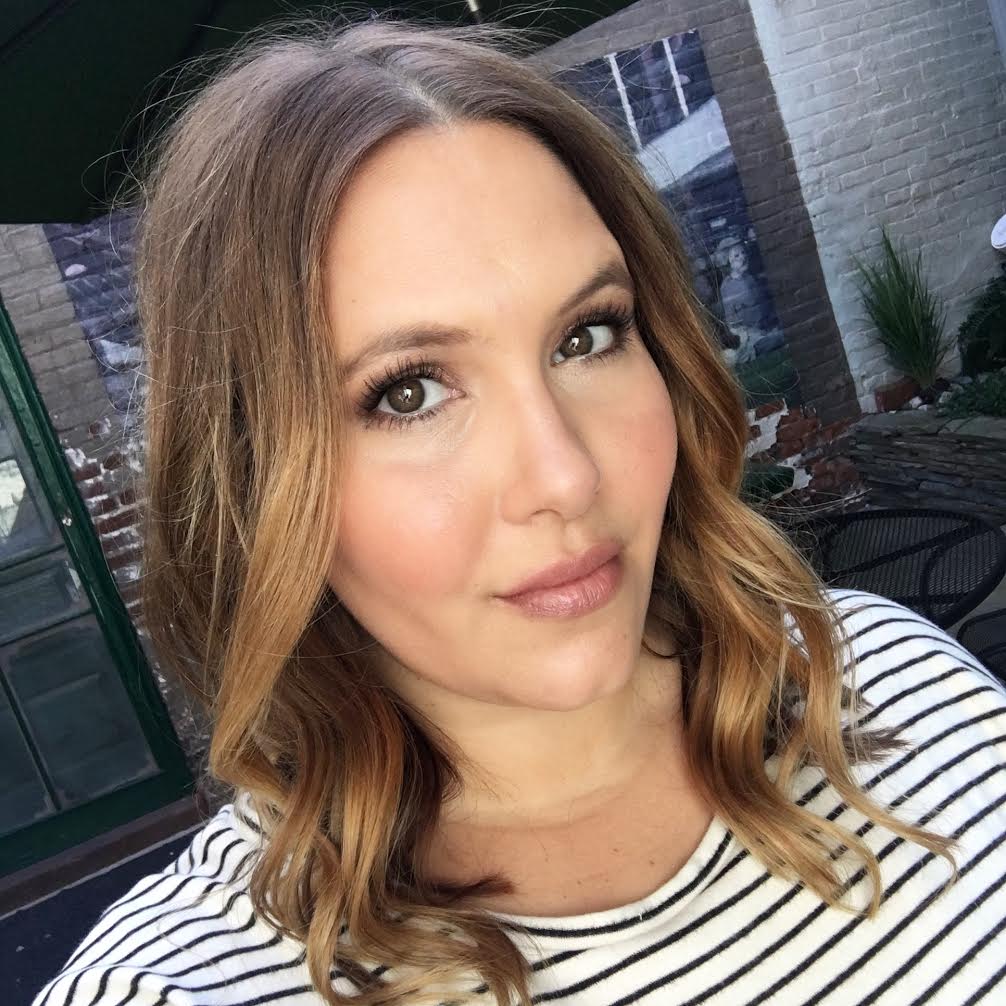 What are some of your current beauty favorites? Any new blush you love? A great drugstore find? Nude lip color? Later this week, I will be sharing some great nude shades that I have grown to love recently on my YouTube channel!