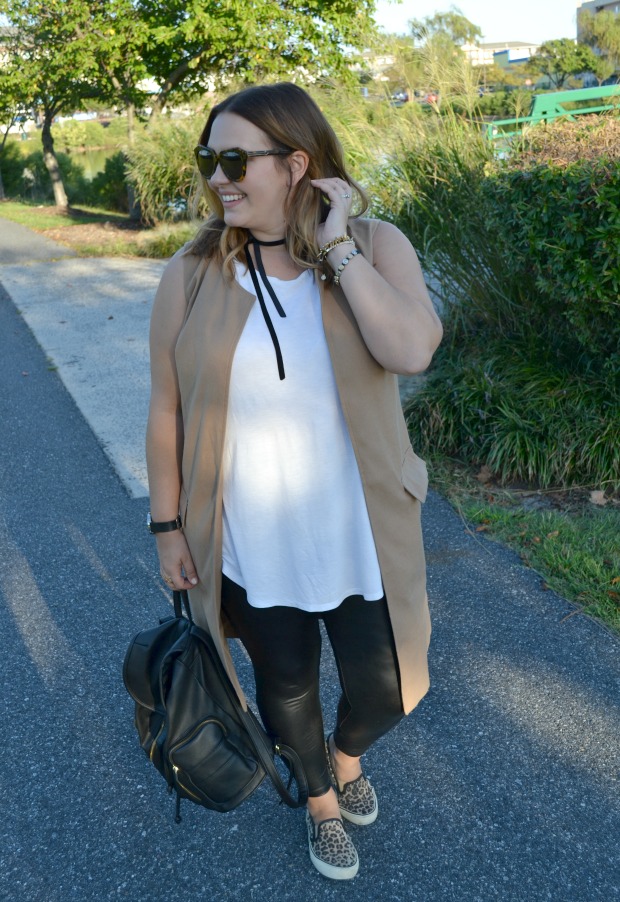 Ryan and I were able to sneak away this weekend for a kid free getaway thanks to my amazing parents and amazing in-laws! With some wrangling, trying to coordinate schedules between us, my parents and in-laws, we were able to enjoy some kid-free time. Between all three of our schedules it was tough to nail down a weekend but we managed to do it! We are so thankful!

We almost ended up not going this weekend, thanks to our old dog! Rocco is 11 years old and has SO may health issues. Let’s just say we woke up to a really crappy Friday morning. Like really crappy. Literally. Yep. I’ll just leave it at that!

It was actually kind of nice- we had zero plans for the weekend, so we did a lot of laying around, watching TV, taking naps, eating our weight in food. It was so nice.

I wore this outfit for our ride down, and then out for dinner that night. I knew we wouldn’t give ourselves much downtime when we arrived so I wanted to wear something comfortable for the three hour ride but cute enough to wear out for a casual dinner!

This vest is so great-it also comes in black (which I also have). I recommend sizing up- the arm holes seem oddly small! This type of vest would also look great a little dressier-perhaps over your favorite LBD! 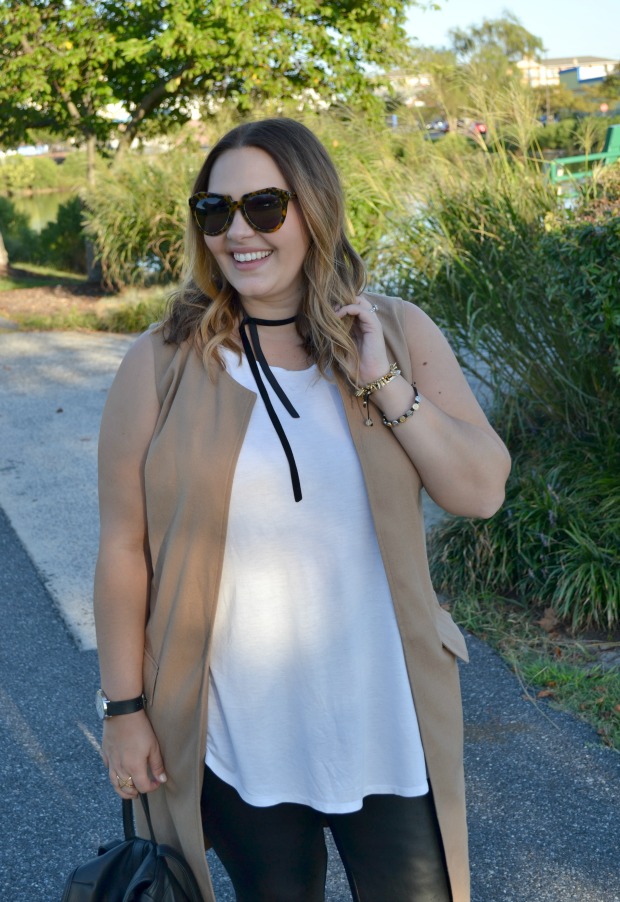 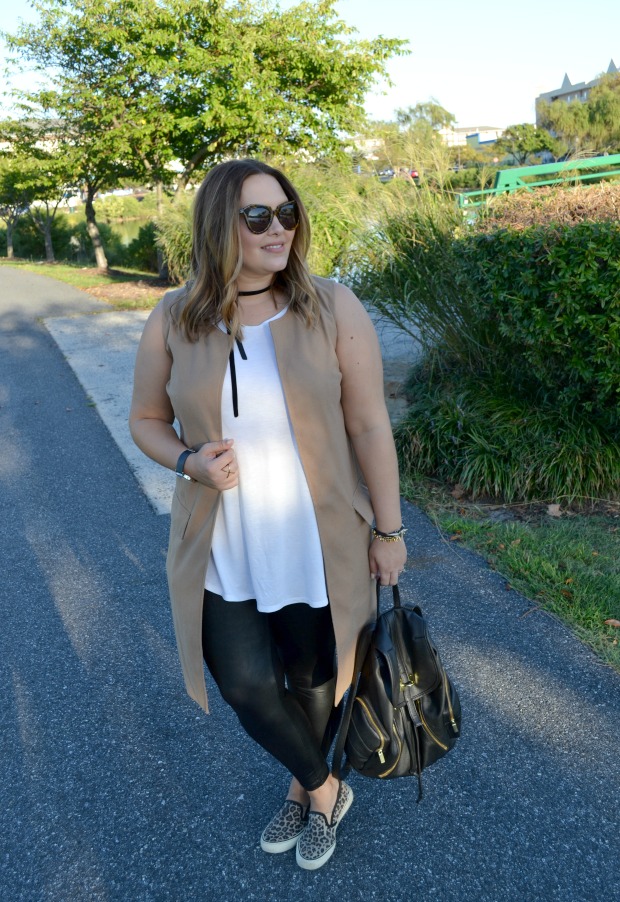 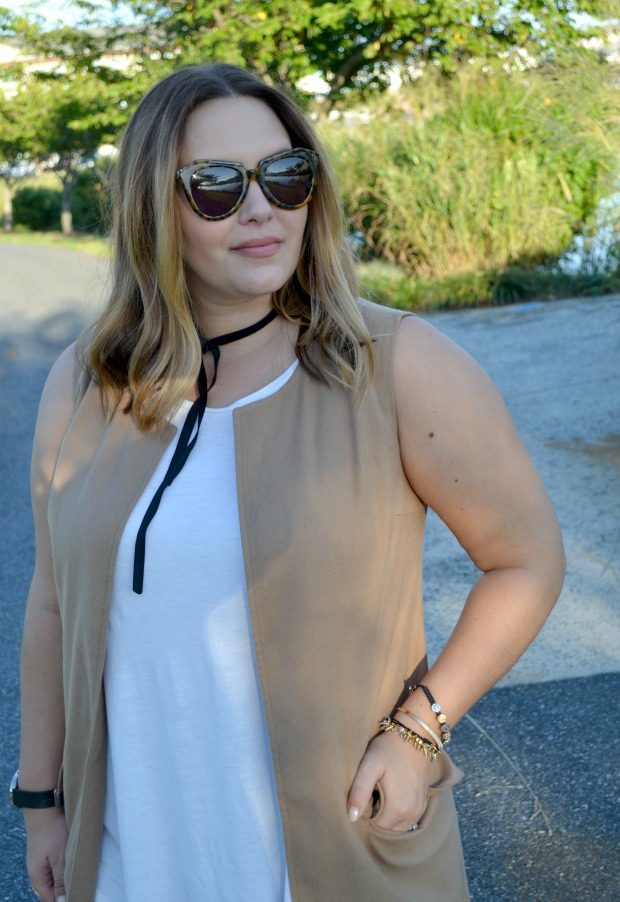 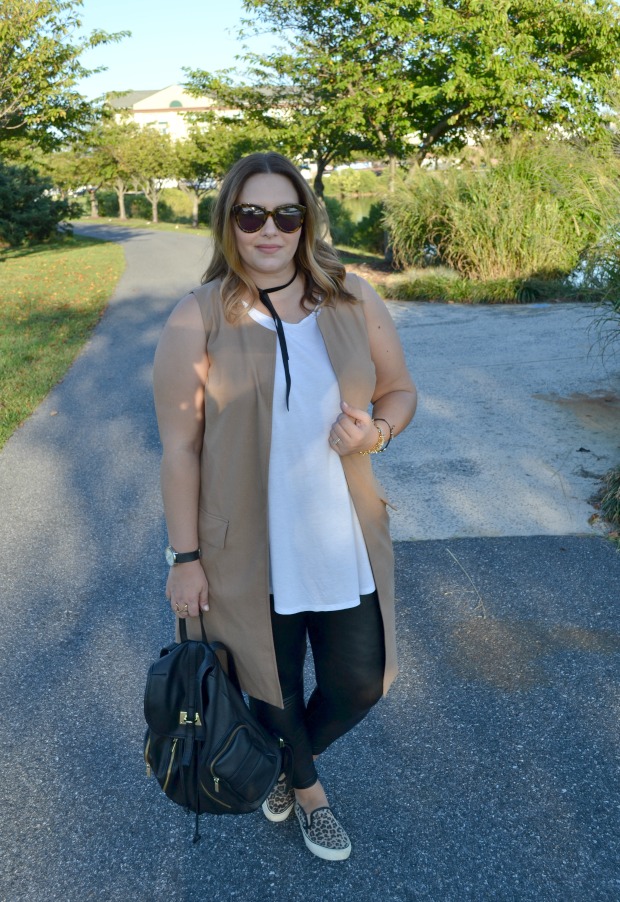 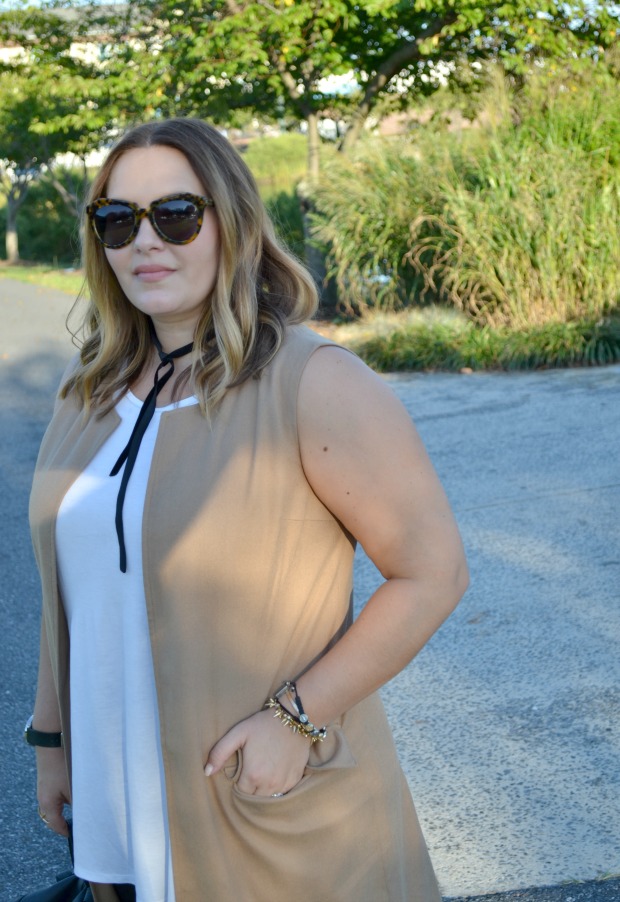