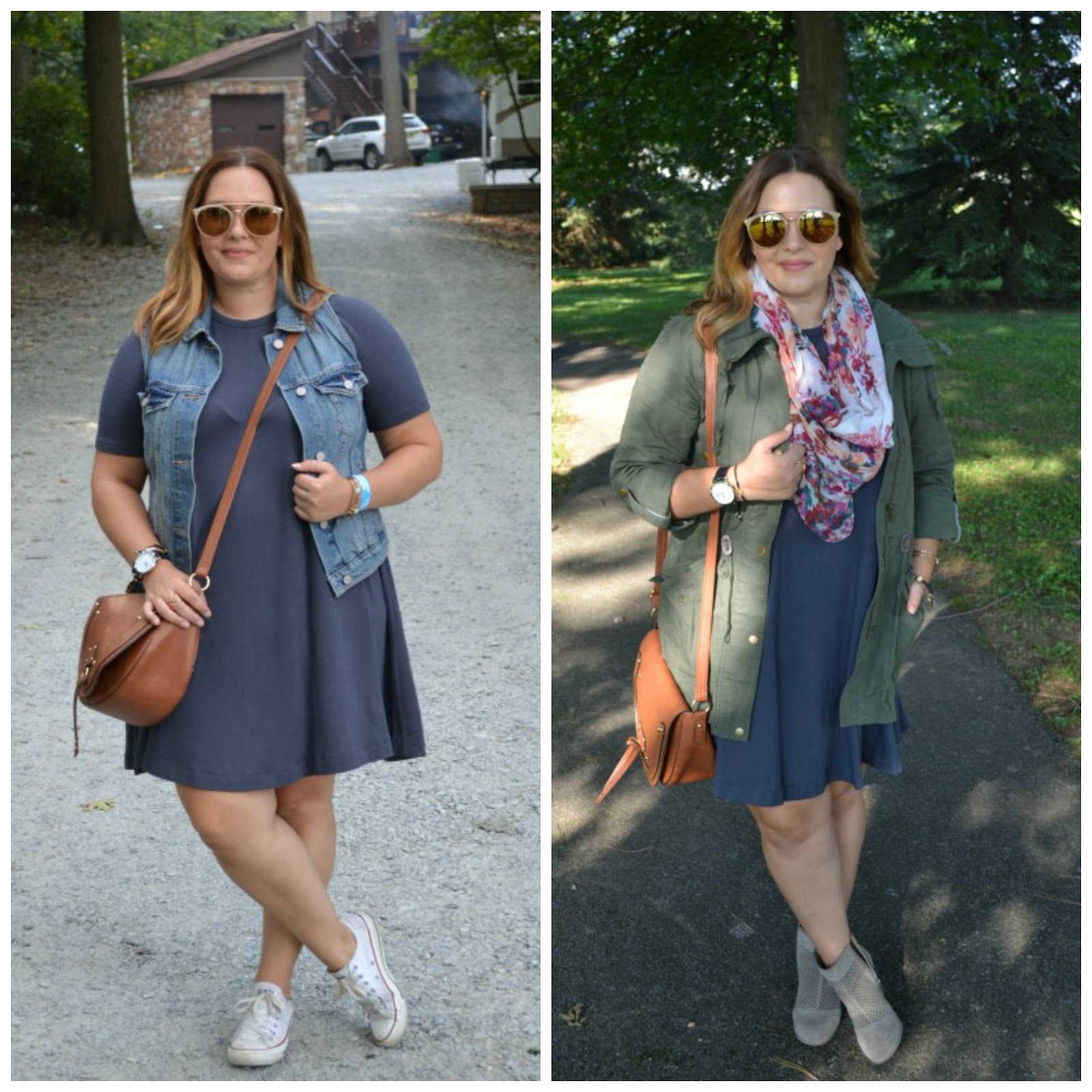 Last week I decided to swing by Loft on my way home from work. I hadn’t been in a while so I figured it was long overdue!

They already had some of their fall pieces out, which I was falling in love with. Lately though, I have been gravitating towards the more casual, looser looks (and by lately, I mean for like a year). The Lou & Grey Swing Dress called my name and did not disappoint. Word of advice though-you could potentially size down. I ended up getting the large, but could have easily purchased the medium. I felt like there wasn’t a drastic difference in the sizing.

What I loved about this dress besides it’s comfort was how I could wear it now in the warmer temps, and later when it gets a little colder outside. For being such a basic swing dress, it is quite versatile, which I love!

I wore this last weekend when we spent the day at a local campground with family. I also styled it for the fall-tossing on a utility jacket, booties, and a scarf takes this dress right into the fall season! 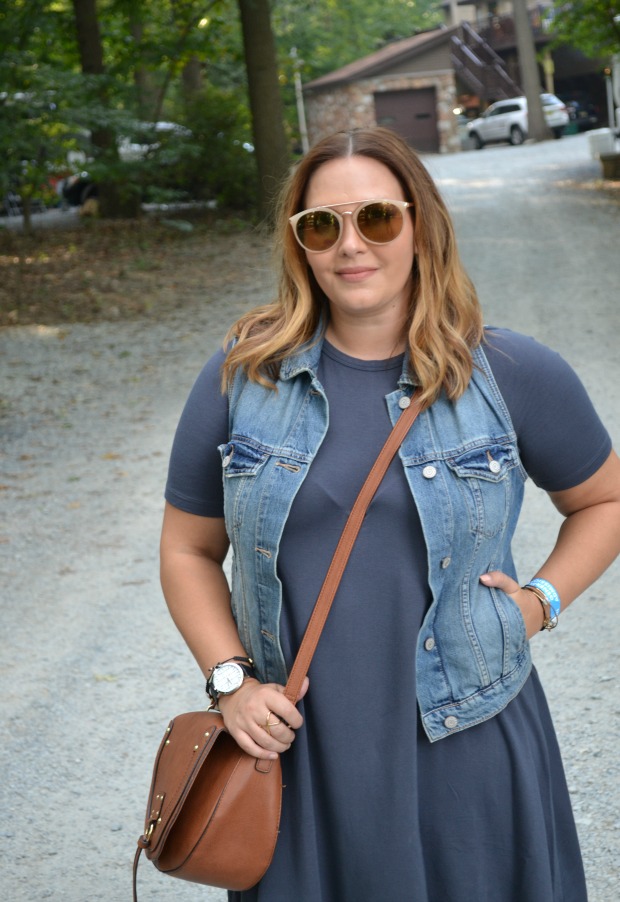 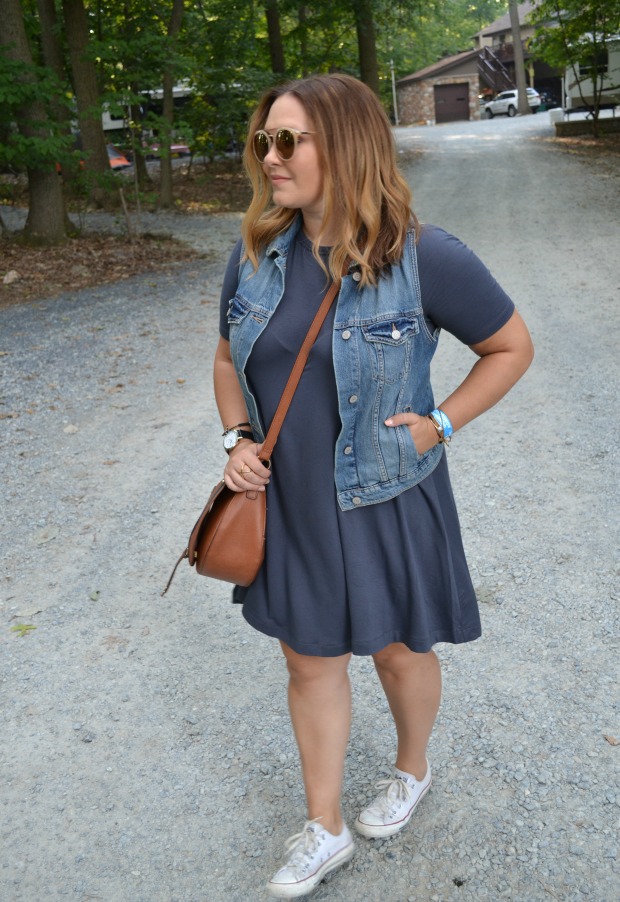 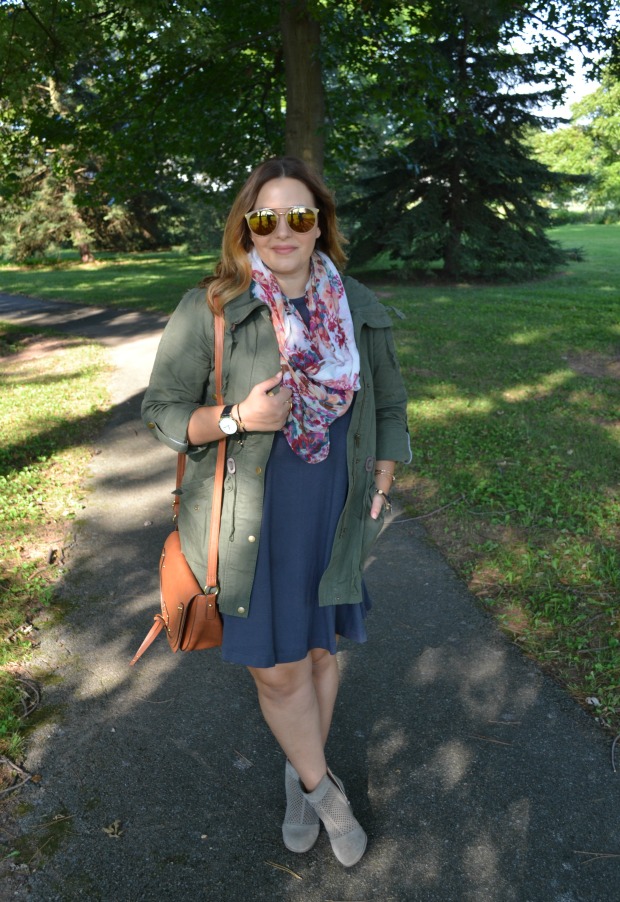 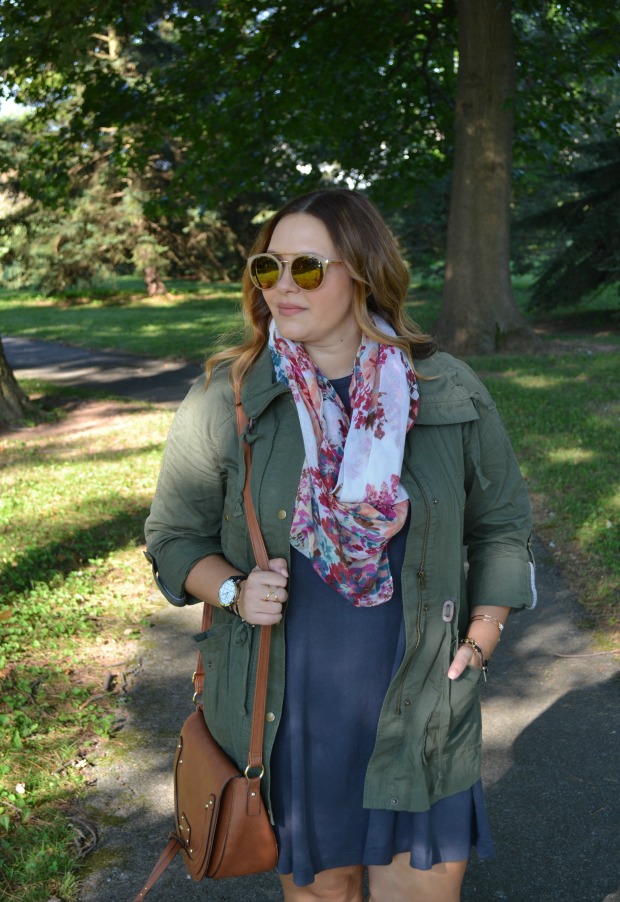 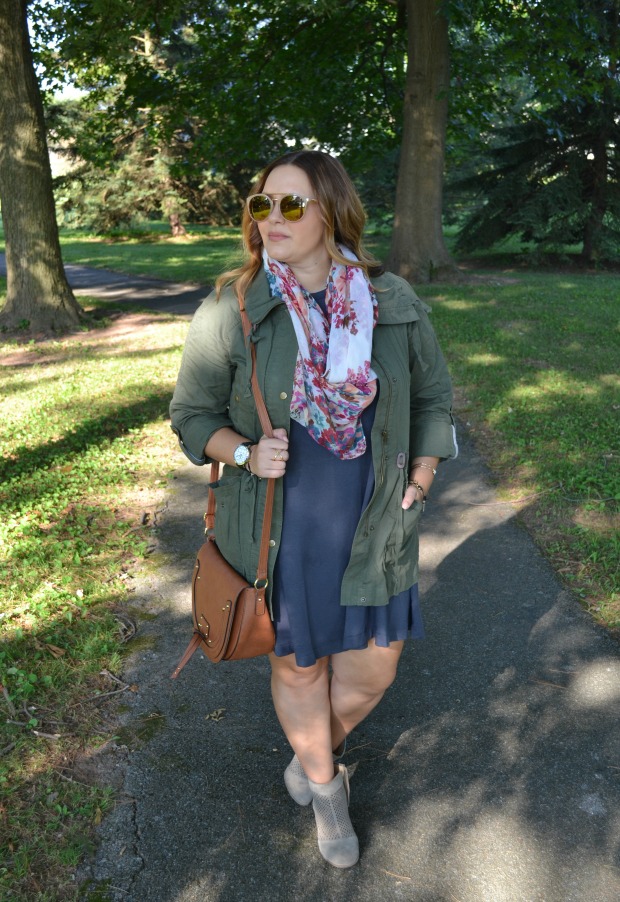 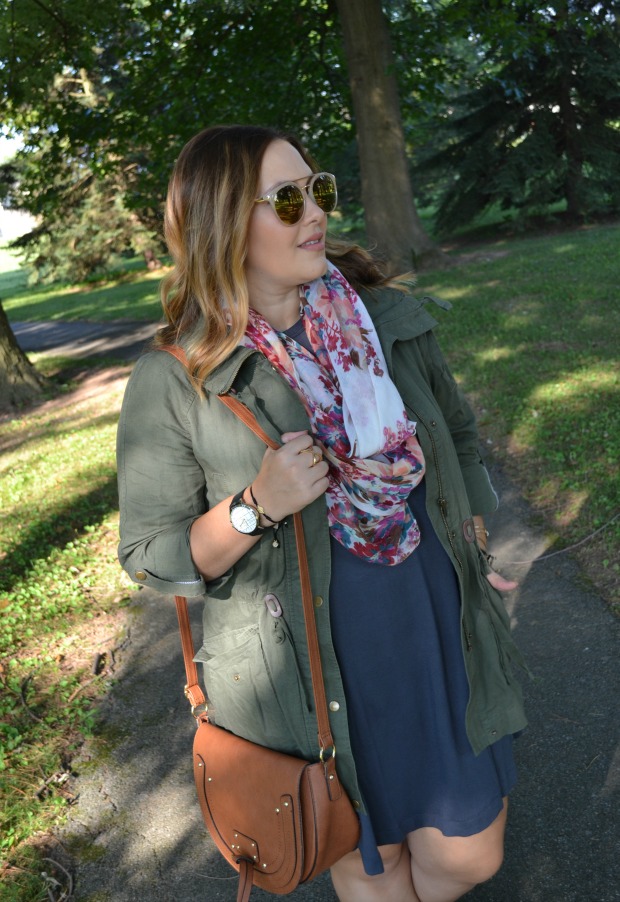