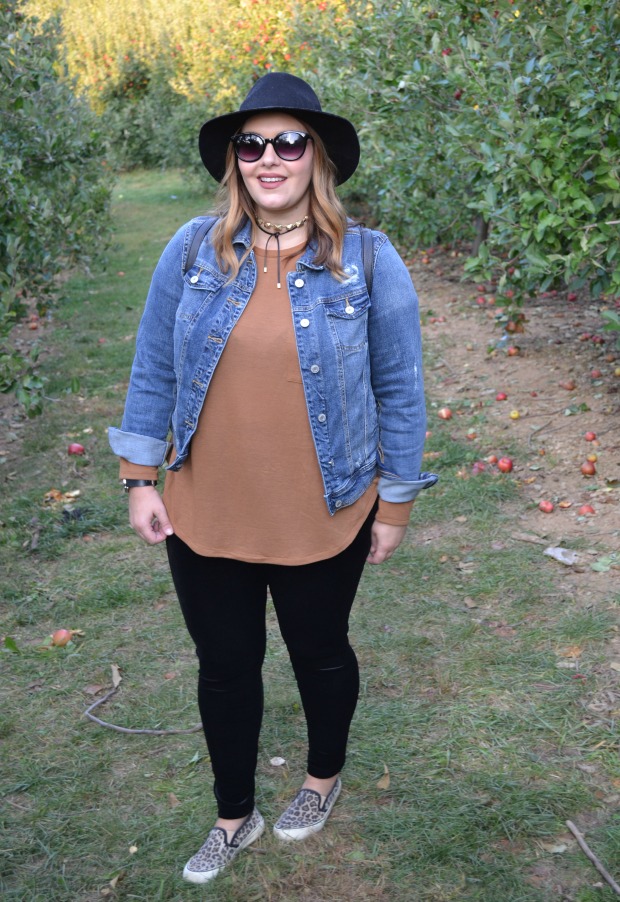 If you follow me on Snapchat at all (mommyinheels) you saw that we were to go to the pumpkin patch on Wednesday. I don’t know why, but during the day I felt the urge to check out their hours. Sure enough…they were closed Wednesdays! Bummer!

We have been going to this same pumpkin patch for several years, so we quickly shuffled our plans around to go this coming Monday. I know there are others in the area, but we really enjoy this one, and so do the girls. Plus, we really like to go during the week-its less crowded!

Not wanting to totally disappoint the girls we figured going apple picking would be just as fun! While it was a yucky 80 degrees outside, I still decided to break out my velvet leggings. Yes, you read that right. Velvet leggings. I had been waiting for it to get a little cooler outside, but I just couldn’t wait any longer!

It would be easy to dress them up with a cute tunic, heels, and a clutch. I obviously chose to dress it down since we were headed to an apple orchard! 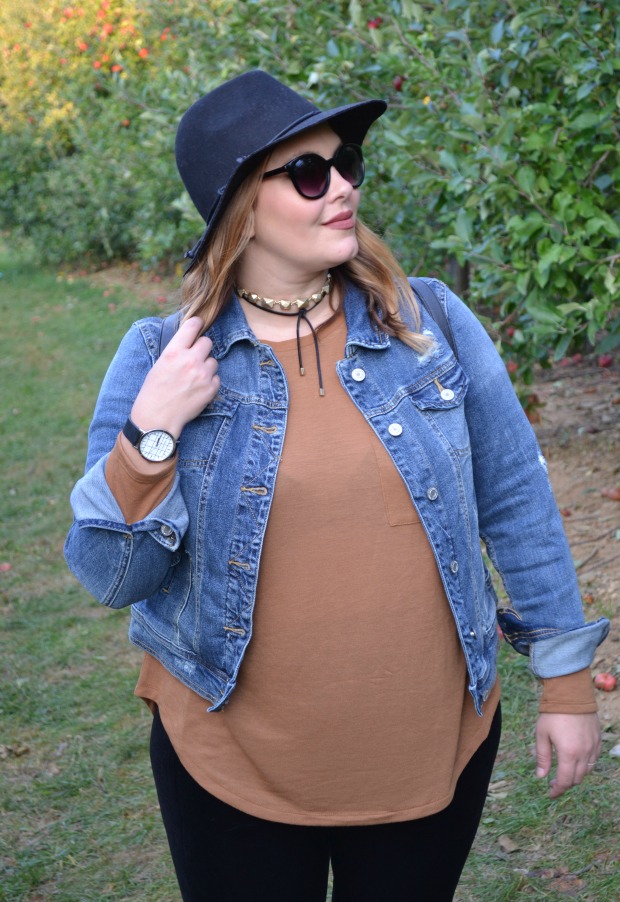 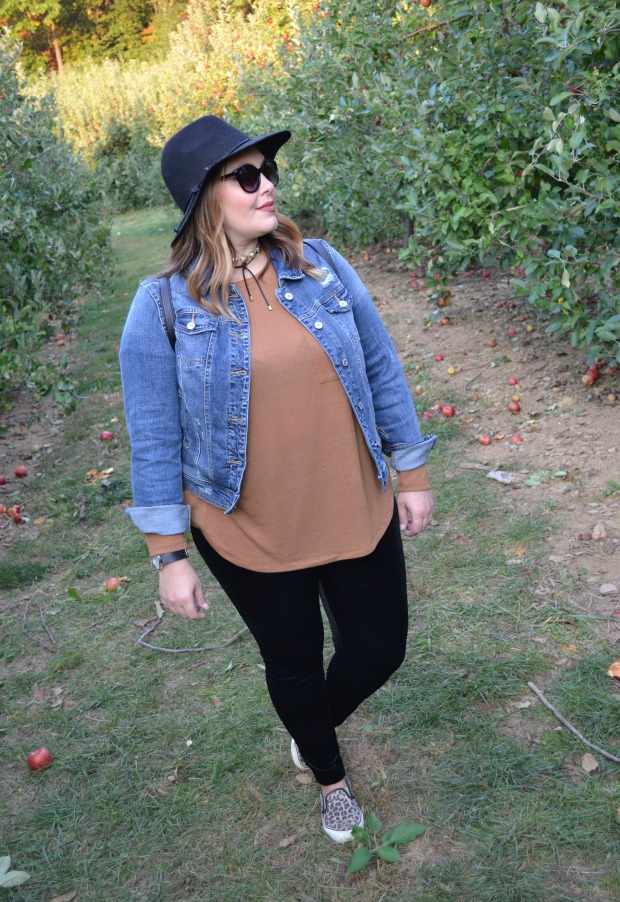 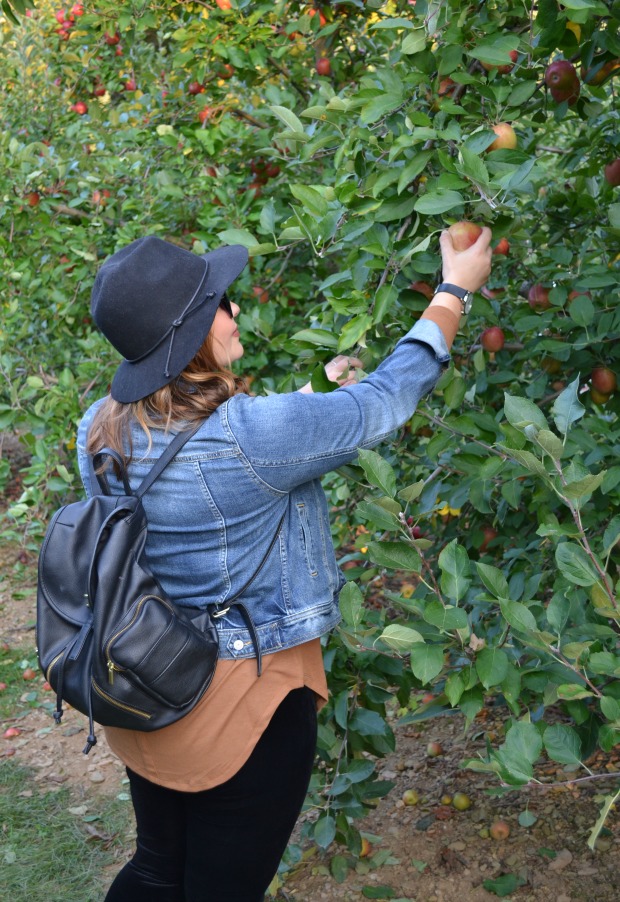 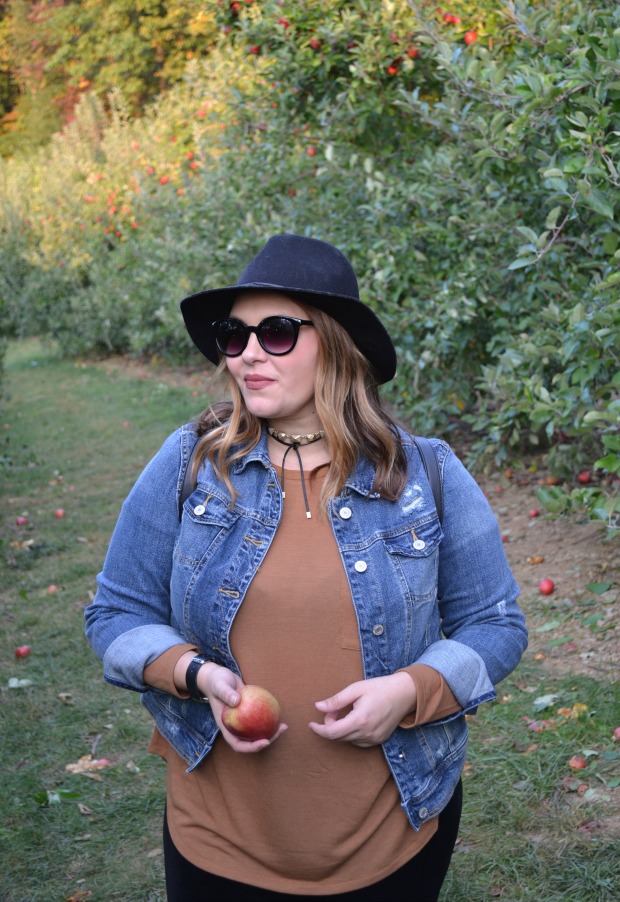 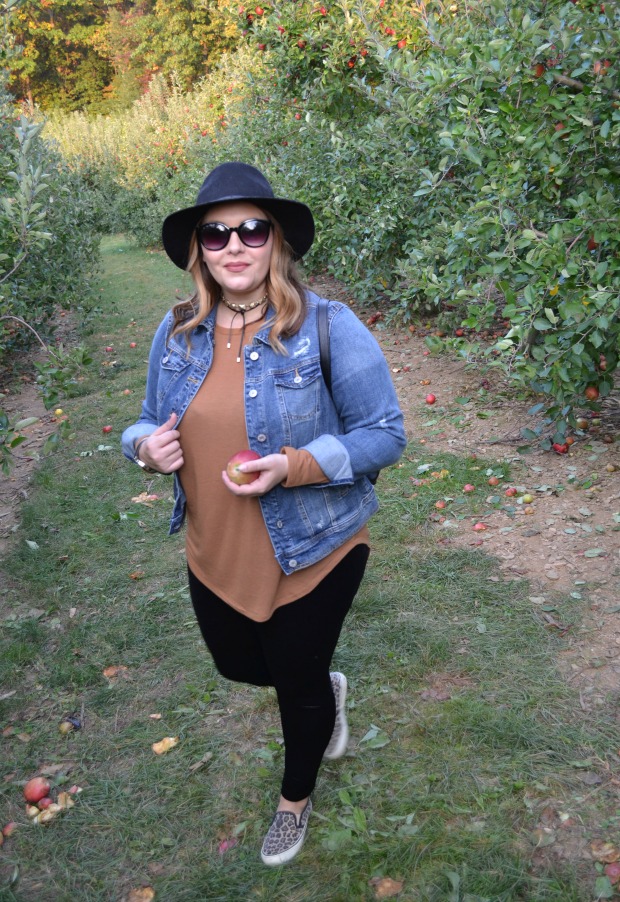 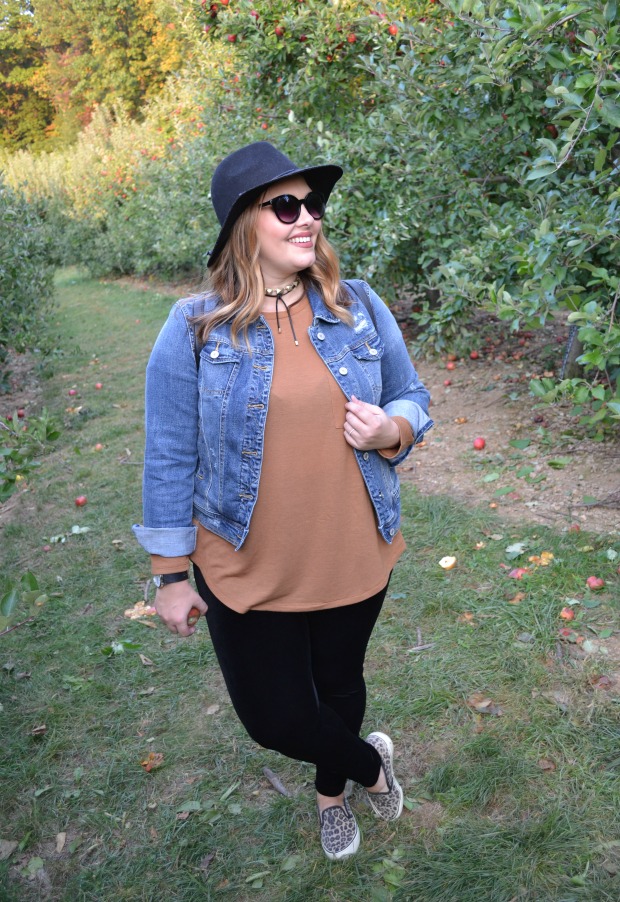 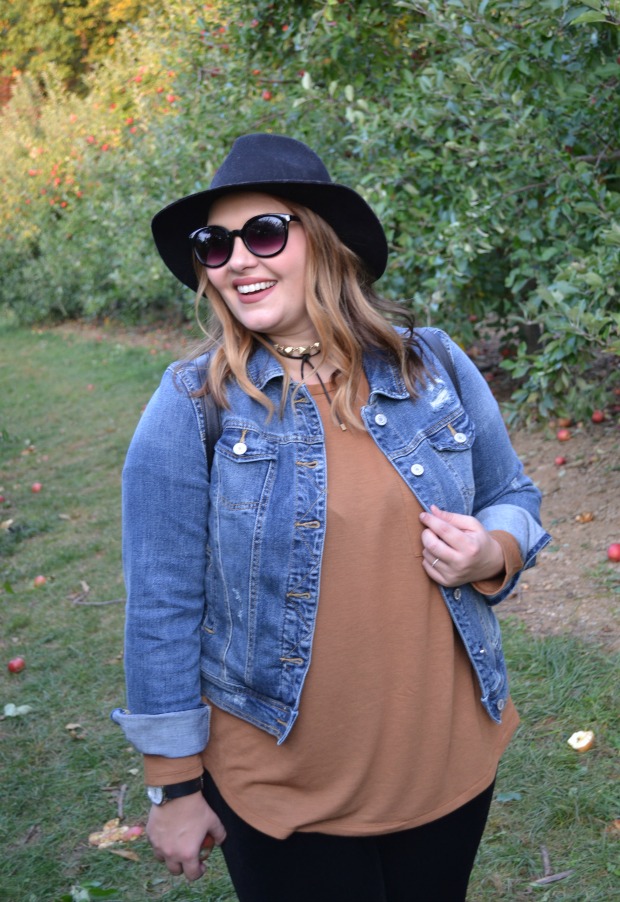 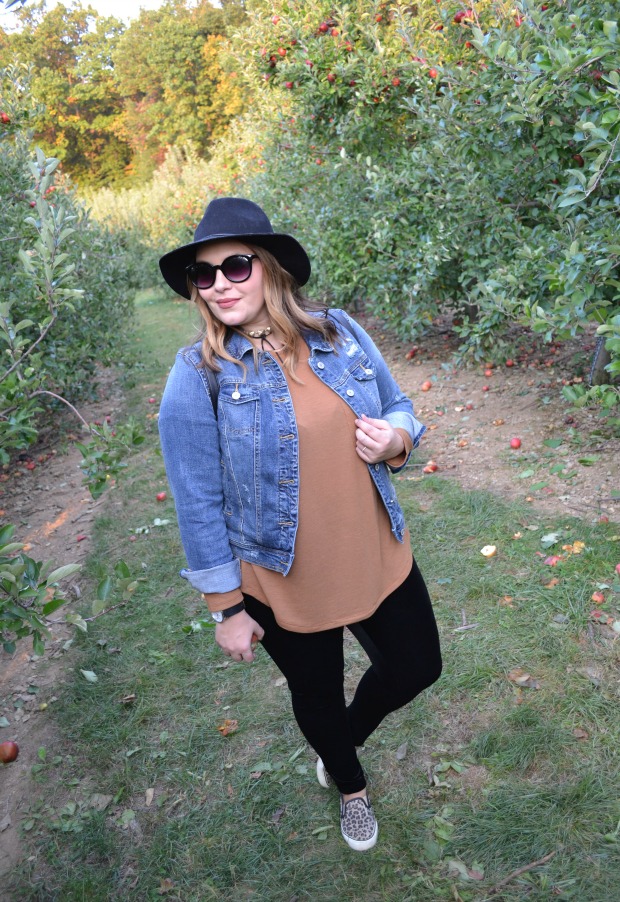