When all else fails, and you don’t have any content for your blog…what do you do? Throw together a post filling in your readers on what is happening in your life. Because, well who doesn’t love posts like this? I know I do. I feel like posts like these are like being able to peek into someone’s window at their house. Creepy? Maybe.

So let’s just dive right in… 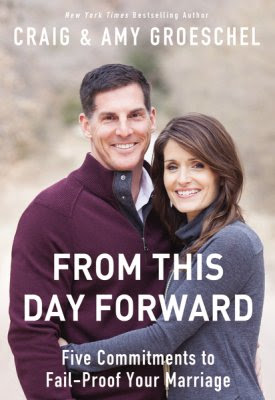 Ryan and I started reading the Bible every night before we go to bed. A pastor at our church challenged everyone to find a chair and set aside ten minutes every day, and just read, learn, and connect with Jesus. We started, and have continued to read every night. Some nights we just read, but we have also read Bible plans together, which have been great. One in particular that stuck with us was Craig and Amy Groeschel’s From this Day Forward. I loved their Bible plan so much I can’t wait to read their book.

What I loved about it, or rather what resonated with me a lot was how modern culture tells us that we need to look for “the one,” and how that is an unreasonable expectation to put on someone. Would you want the pressure of being someone’s “the one?” No? Then why force someone else? Let God be the One.

Also, and this was my biggest take away: fight fair. Healthy couples fight for resolution and not for victory. Isn’t that the truth? So simple, but can be something that can put a strain on any relationship. Ryan and I are fortunate in that we don’t argue often, but when we do, I often find myself reaching for that trophy at the end of the argument rather than just a simple resolution to the conflict. Changing your mindset to shift from victory to resolution can be life changing.

Those of you that read the Bible, any good Bible plans you’ve read? 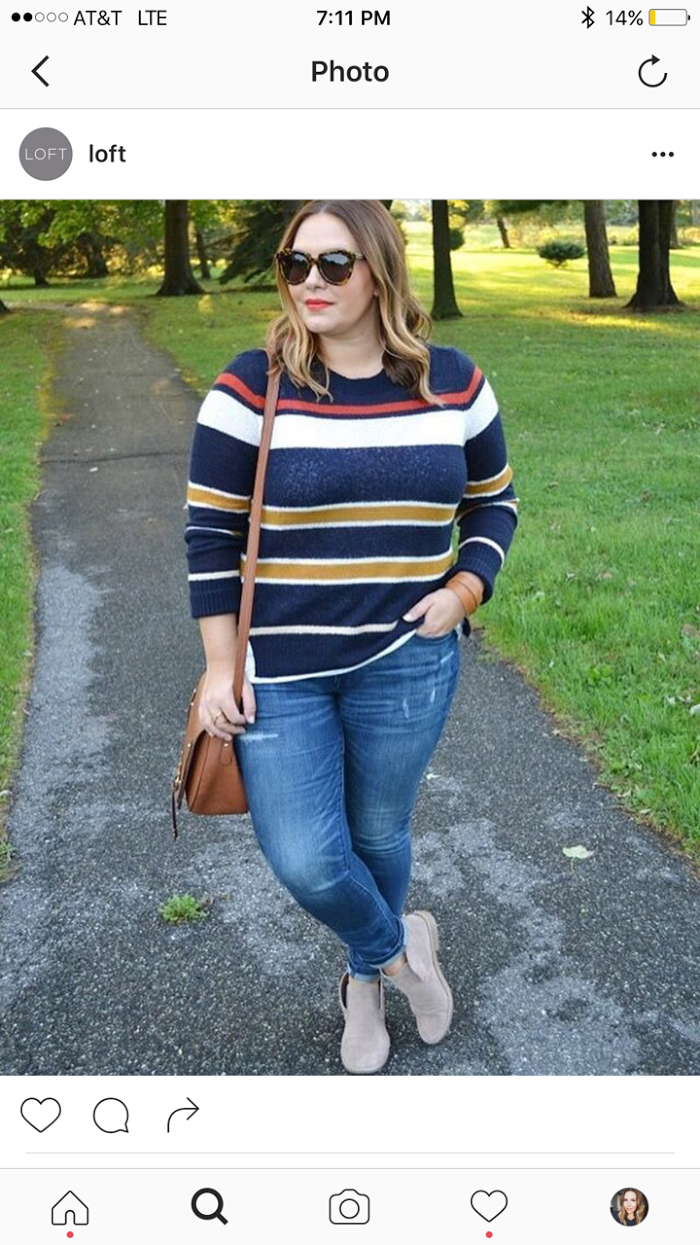 I had a style party at my store Thursday night so I didn’t have my phone on me for a bit. At one point in the night I decided to check my social media. Much to my surprise, I opened my instagram and had a boatload of new followers. I get maybe a couple or so new followers a day. Like really-that’s it haha! So needless to say when I saw how many new followers I had I was baffled! It took me a bit to figure out where it was coming from, but when I saw it was because Loft had shared a photo of mine I was thrilled. Couldn’t believe it, was honored, humbled, ecstatic, all of the above!

I see on a daily basis other bloggers who are massive get ripped to shreds by online trolls and just downright nasty people, so I was a little terrified to read the comments. I started to read them with one eye closed, but was relieved. Everyone’s comments were so supportive, and so wonderful. I literally cried reading them. Beyond thankful that there were so many people embracing me! And yes, I am 100% tooting my own horn. Because sometimes you just need to toot your own horn. 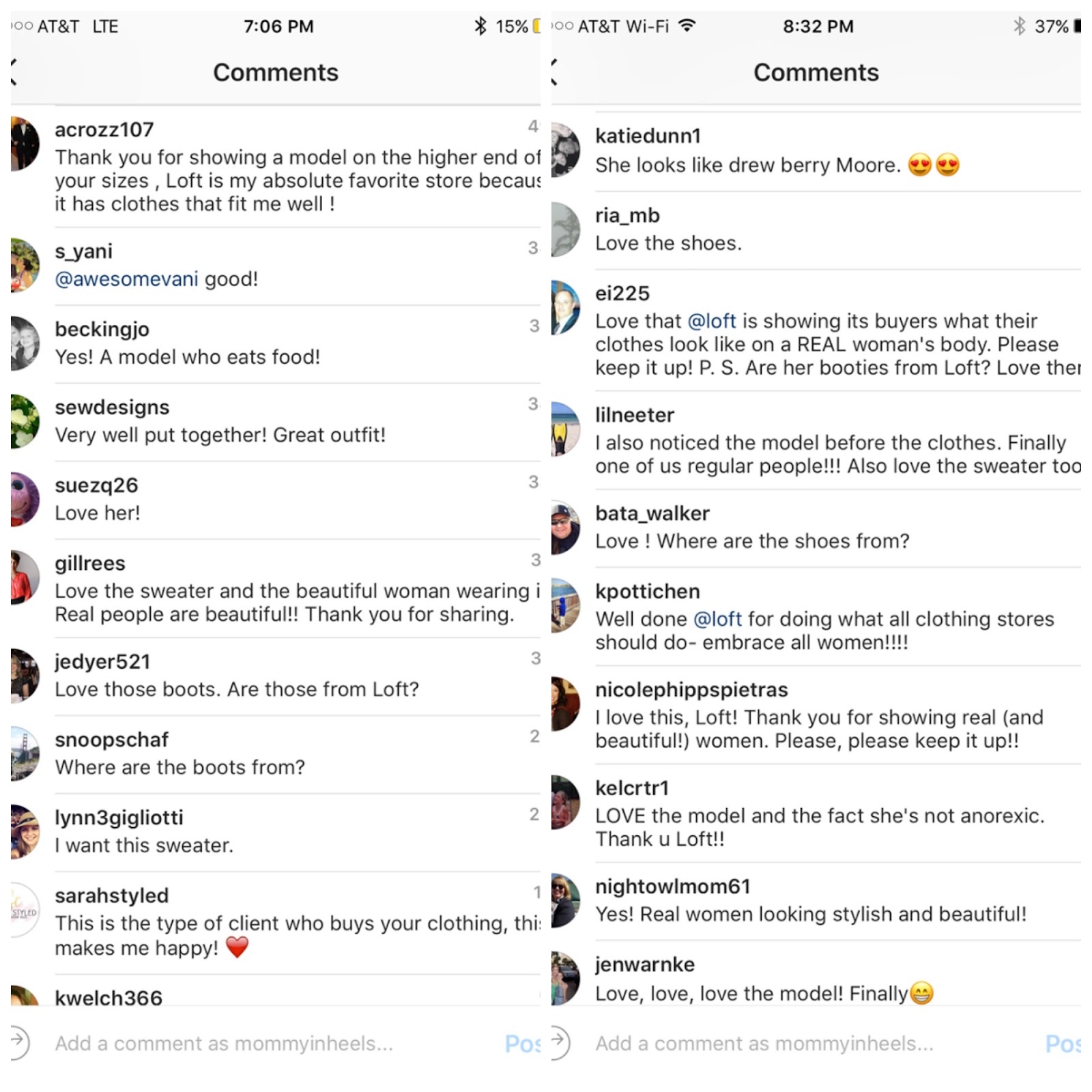 So if this blog post turns into me bragging, I apologize. If you follow me on snapchat (mommyinheels) you are aware that my cousin (who also happens to be my best friend in the whole entire world) Betsy is the lead in the National Tour of Mamma Mia! If you are familiar with that show, she plays Donna, the mother (played by Meryl Streep in the movie). Betsy landing this role is an amazing example of not giving up and continuing to pursue your dream.

Who knew when we were singing out hearts out in our high school musicals that she would be touring the country, leading a cast in one of the longest running musicals?!?! 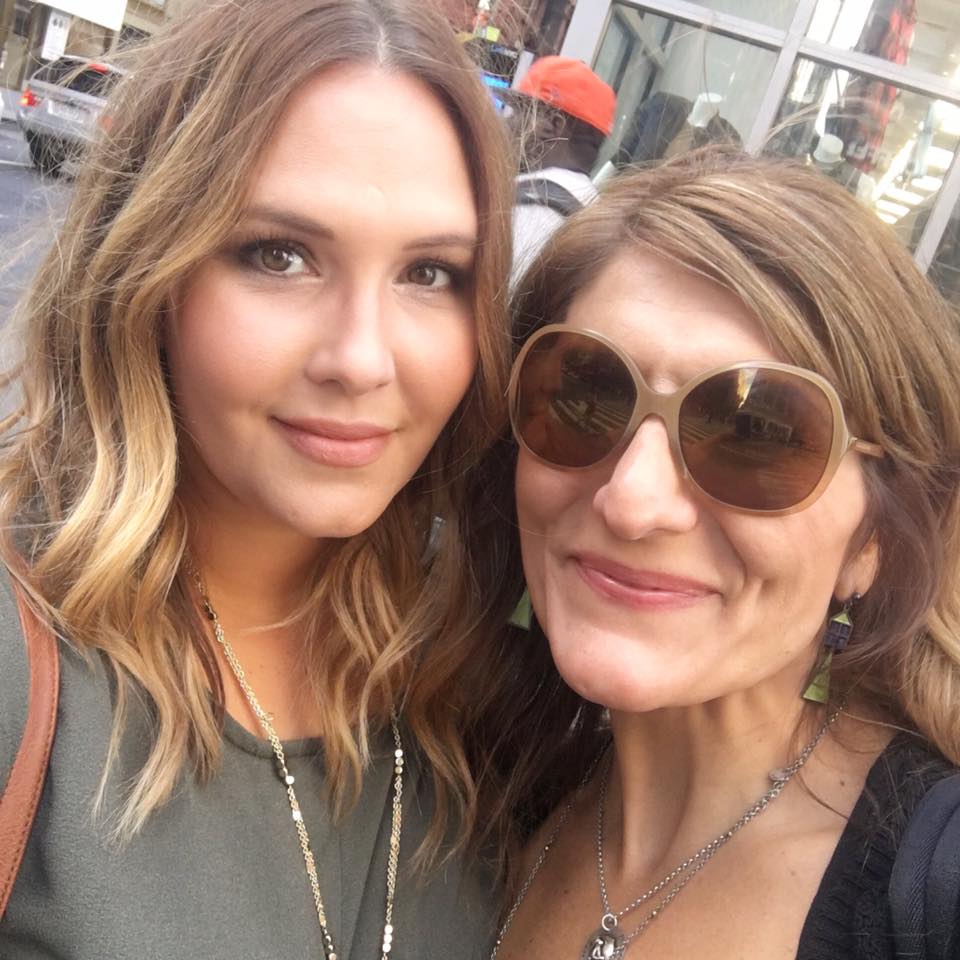 What made me so happy and proud was chatting with her when I was in NYC a few weeks ago. I remember her frustrations when she was a recent college grad trying to make it on Broadway. As frustrated as she was when she wasn’t getting cast fresh out of college she said she is almost glad she was able to grow, mature, and experience life before landing this big role. I couldn’t agree more! After all, she was able to meet her husband during that time frame, grow, and learn as a performer. I truly believe she couldn’t be more ready to take on the country and perform her heart out.

I have already cried multiple times while listening to the soundtrack because I am just so darn proud of her. I can only imagine what a proud mess I will be when we see her. The girls have been requesting the soundtrack non stop-I know they are just as excited to see her as I am! My family and I will be heading to see her in Baltimore, I will be heading to Philly with my girlfriends, and then Ryan and I will be seeing her in Charleston. She will be there around our anniversary so we thought why not make a trip out of it?!?!

Opening night was this past week for her. She spend a half hour after the show signing autographs and taking pictures with fans waiting for her. What got me choked up was when she said she made sure everyone who wanted an autograph/picture got one, because she remembers how important it was to us when we were little. (We used to see shows a lot growing up and those in the show were like celebs to us) I told her that is what makes her such a great person!

Here are some great press pics of Betsy (she is in the middle). How amazing?!?! 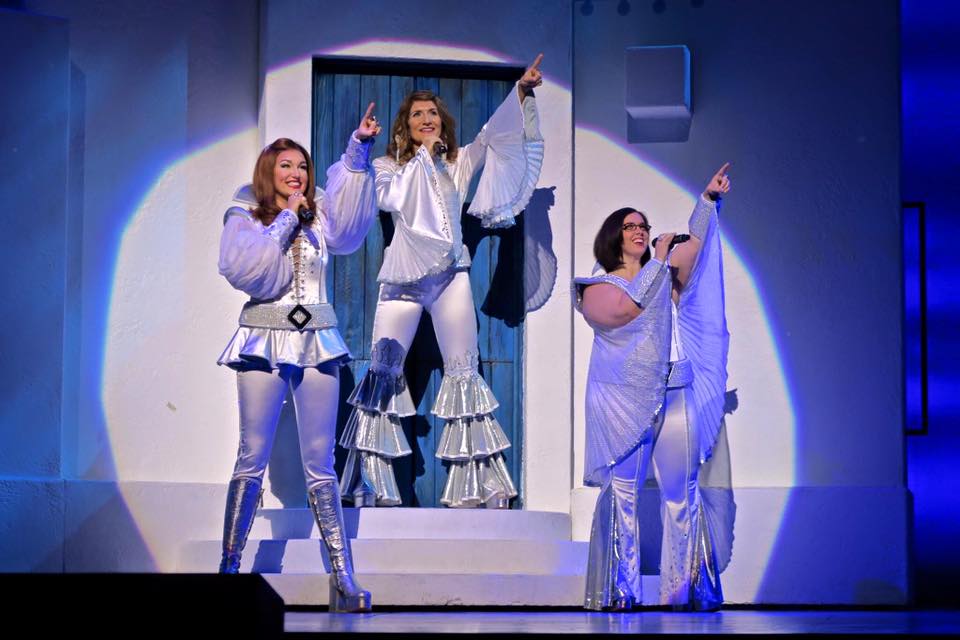 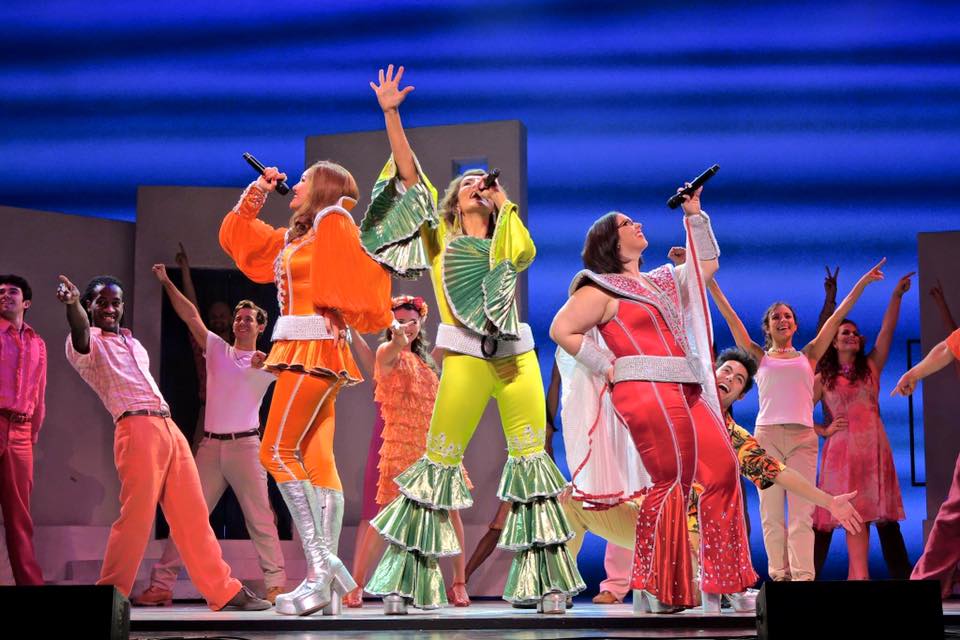 You can follow her national tour adventure on snapchat (betsypadamonsky) or on instagram (betsypadamonsky). If you make it to any of her shows and hang out by the stage door to see her, tell her I sent you!

I mentioned in my post on Friday how we lost our dog Rocco last week. I’d like to say the days have been getting easier, but they haven’t. I never thought it would be this hard! Even with the girls, the house is so much more quiet. A lot of people shared with us the story and poem of the Rainbow Bridge, which makes me cry even thinking about it! But, we are just trying our best to remember Rocco, and how wonderful he was to us! We still haven’t gotten rid of his bed. It’s still in our living room. We just can’t bring ourselves to get rid of it. We also haven’t vacuumed yet. I know to some that may be like “whaaaaaattttt?!?!” But to us, something simple like vacuuming and getting rid of his dog hair is making it more real that he is gone. I don’t know…just something small, but kind of hard! 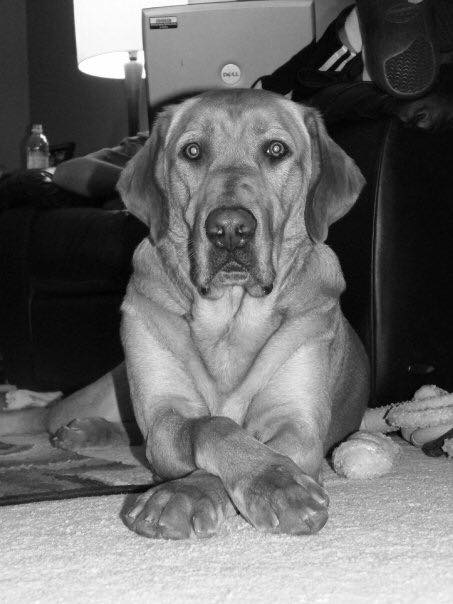 Because I can’t end this post on a sad note….Ryan and I got to sneak away the other weekend for a couple of days which was much needed. Isn’t he just the cutest? We literally did nothing the whole time we were gone, and it was perfect. We did decide to get ourselves dolled up for dinner one night…I am lucky I get to have this guy sit across from me every meal! 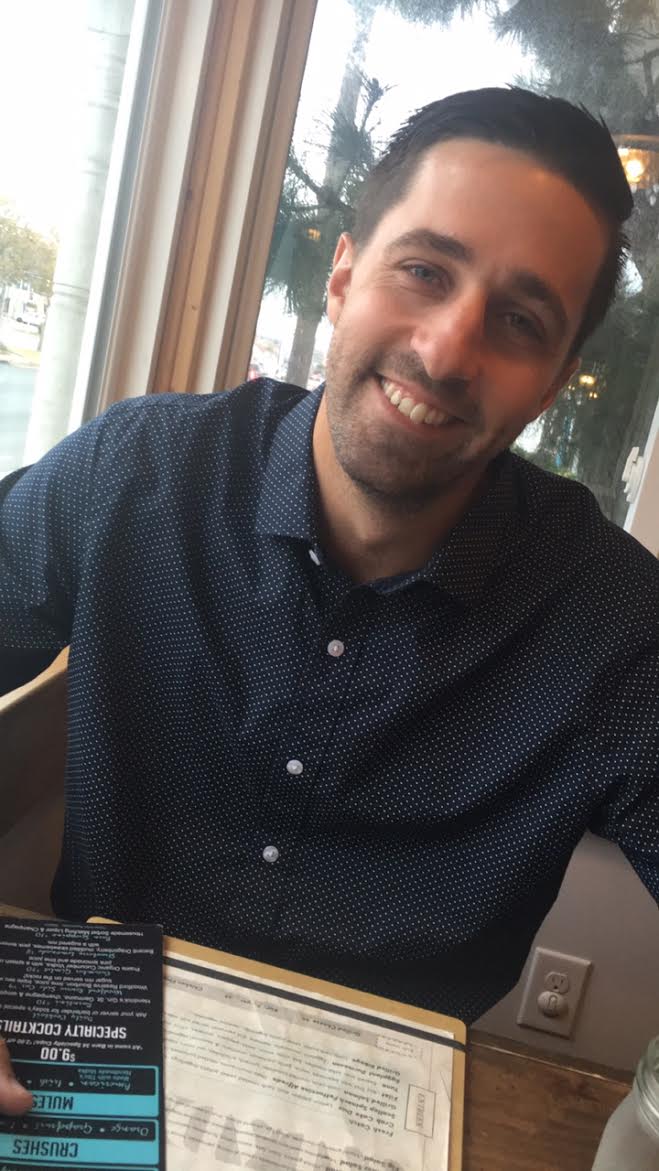 And my girls. My girls! We had a girls day last weekend while Ryan was at the Raven’s game. We had such a great day! Typical sisterly fighting and moments of needing to chill out, but nothing beats these memories being made! Also, leave it to Charlotte to do her own thing in our picture! 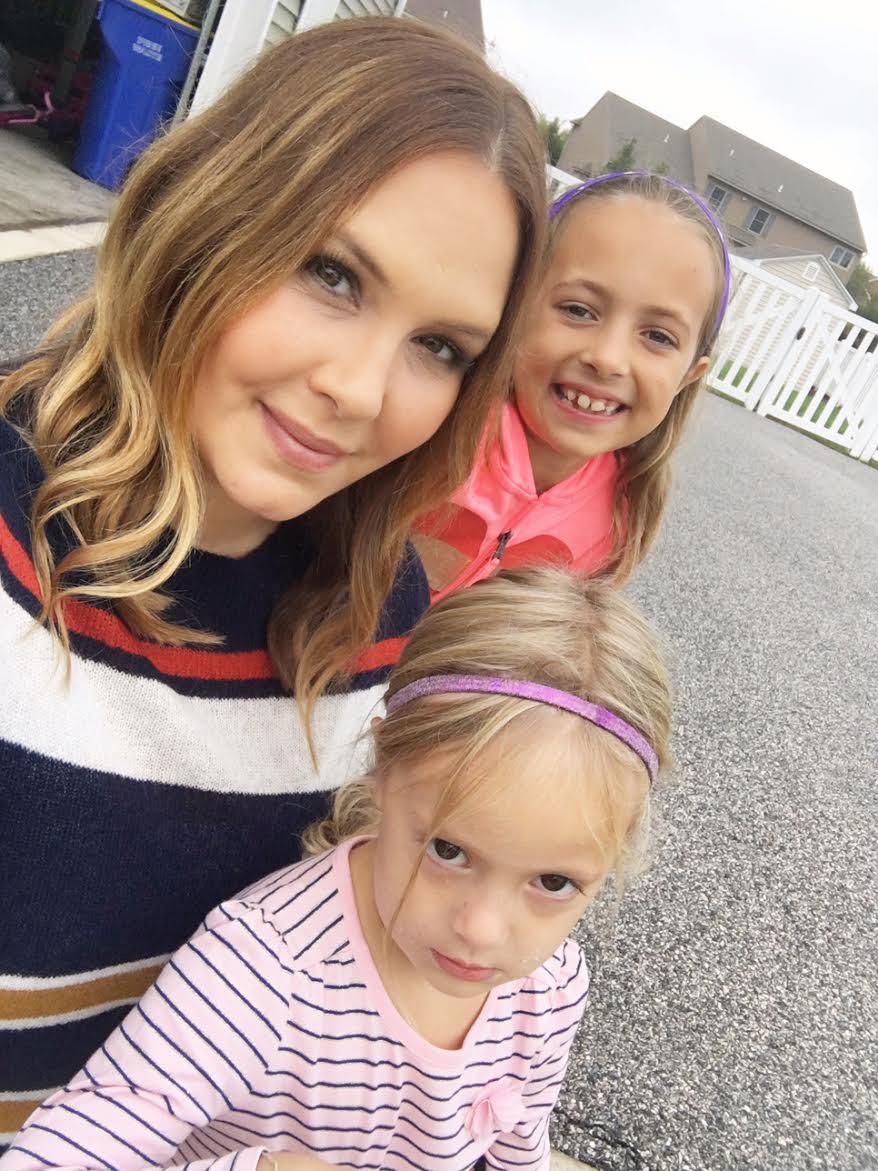 See you back here Wednesday-I have a fun project I’ve been working on-it’s such a great way to save money on shopping…who wouldn’t love that?!?!